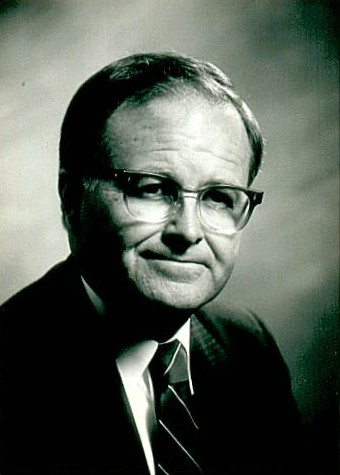 MR. JAMES B. ROSE is a forerunner in the field of American Christian Education with over 45 years of experience as a classroom teacher, Headmaster, Bible college professor and Chairman of the Department of Education, home-schooling principal and parent, licensed minister of the Gospel, conference speaker, author, and President of the American Christian History Institute (www.achipa.com). Currently, he is also the Superintendent of the American Christian Academy Extension Campus of Anderson, California, (www.acaec.net), ministering to nearly 500 home-school families and about 800 students in 12 counties of Northern California. Mr. Rose is the author and compiler of the classic curriculum guide of the Principle Approach, A Guide to American Christian Education for the Home and School (1987).  He resides in Redding, California, with his wife, Barbara. They are the parents of four home-schooled children and grandparents of seventeen.

Mr. Rose, spokesperson for the late Mary-Elaine Swanson, author of  the volume, John Locke: Philosopher of American Liberty, has graciously provided the following Q & A interview.

What is the volume,  John Locke: Philosopher of American Liberty about?

The founding fathers of America are often presented as atheists, or at best a bunch of deists, along with all those political philosophers who influenced them—Locke being chief among them. Unfortunately, many Christian thinkers have been influenced by these views, writing that Locke exalted reason above revelation and saw the laws of nature as more valuable than the laws of nature’s God. Swanson clearly shows that Locke was no deist, rationalist, or secularist, but Christian in his profession and Biblical in his worldview.

Mary-Elaine Swanson has done an invaluable service for this and subsequent generations by resurrecting awareness and presenting an accurate knowledge of John Locke and his reasoning through an uncensored view of his life, writings, and incalculable influence on America. This book will help Americans understand the importance of Locke’s thinking for American constitutionalism today.

What inspired this book?

Nearly 30 years of association, instruction, and encouragement from the example of Miss Verna M. Hall (the foremost historian of America’s Christian history and government) inspired Swanson to write this book. The author remembered how, with gentleness, intelligence, and a comforting cheerfulness, she would address a fear or resolve a question with questions and counsel that made you conscious of “Christ the power of God, and the wisdom of God.” (I Cor. 1:24)

Swanson’s own love of history was constantly renewed as she listened to her articulate, in a clear, commanding and most inspiring way, the Christian view of God, man and government and the evidences of God’s Hand in our history.

What is one thing you hope readers will take away from this book?

For one thing, it is hoped the reader might rediscover and understand the historic and Biblically reasoned roots of the vocabulary of liberty which John Locke and the Founding Fathers used to articulate and advance Constitutional liberty–words and phrases such as conscience, self-government, property, law and liberty, natural law, natural right, Law of Nature, rights, revolution, toleration and voluntary union, among other terms. Contemporary textbooks and news commentators unlearned in the historical standards of reference once used to define and maintain individual liberty, reveal the degree to which we are ignorant of the influence (and blessings) of the Bible on American political thought.

How is this book different from others on the market?

Perhaps one distinctive of this biography is that the author was committed to write and reason from available primary sources on or written by John Locke as well as an unashamed conviction in God’s Providence–the “Providential approach” to history. 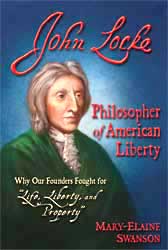 The Life and Times of John Locke