Power in the People 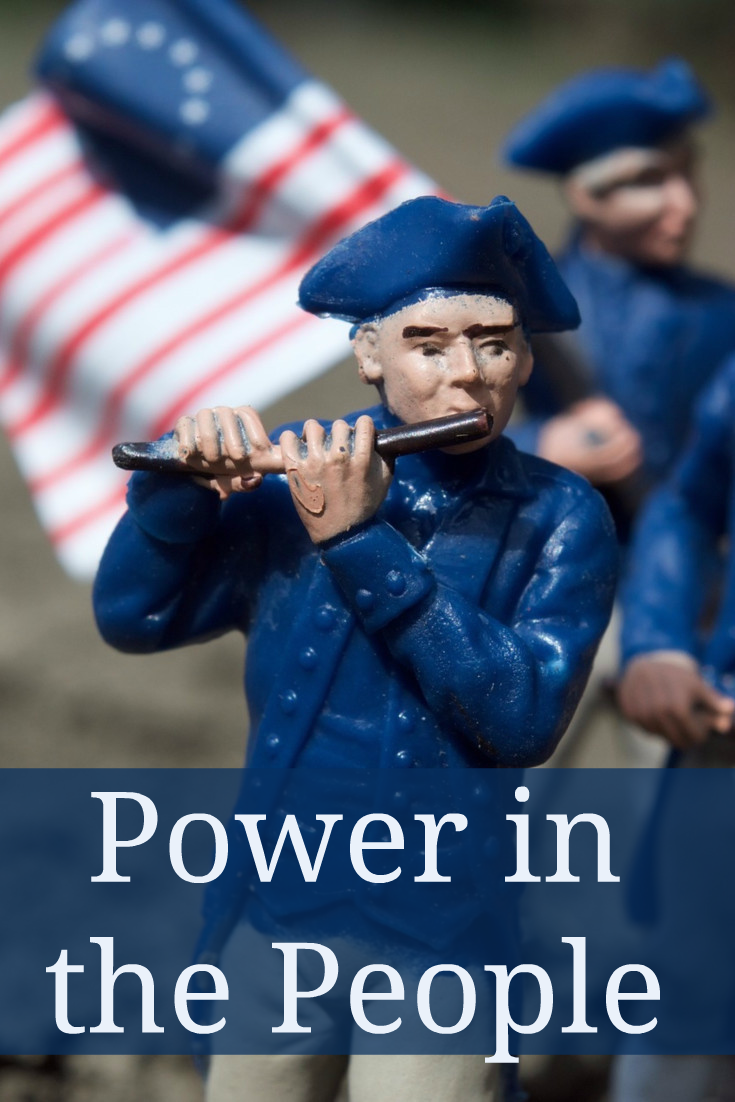 Friday we experienced what Ronald Reagan described, in his first Inaugural Address, as “a solemn and most momentous occasion, and yet in the history of our nation it is a commonplace occurrence. The orderly transfer of authority as called for in the Constitution routinely takes place . . . and few of us stop to think how unique we really are. In the eyes of many in the world, this very 4-year ceremony we accept as normal is nothing less than a miracle.”

During his inaugural address, the 45th President Trump, made a statement, “What truly matters is not which party controls our government, but whether our government is controlled by the people.

“January 20th 2017, will be remembered as the day the people became the rulers of this nation again.”

Following the Inaugural speech, many news pundits picked up on this idea as something not necessarily consistent with conservative ideas. And yet this is not a new idea. Rather, it reflects the very basic idea upon which our nation was founded. For some reason, critics seemed to think putting the power in the people did not coincide with the ideas of limited government. It was puzzling why this was their interpretation.

Historian Verna Hall defined civil government as “the flow of power and force in society.”[1] The Scripture teaches us that all power comes from God. The individual becomes the fountain through which that power can flow from the individual to his delegated representatives. Over the past century, the flow of power has been interrupted as the Executive Branch developed a huge bureaucracy, expanding its powers far beyond the realm of its constitutional powers. In addition, the checks and balances of our three branches of government have been weakened. Power has gradually been centralized in the national government and flowing from Washington, D.C. down to the people in many areas, rather than from the people delegating authority to their elected representatives.

To truly put the power back in the hands of the people would be a formidable task, but one that could at least begin at some levels. It would require huge discipline on the part of the leadership in Washington and a willingness to give up power and move it back to the state or local levels where it belongs. The challenge will be whether the thousands of political appointees and employees in civil service positions will be willing to allow this to occur.

Turning to national government, rather than local government or private enterprise, has become so much a way of life in America that it will be very difficult to undo the mindset of a people who do not realize how much it is a part of our thinking. We need to be asking questions as to why is civil government providing funding for research, granting funds for arts, or protecting an endangered species, or meeting many other needs? Is this the function of civil government as provided by the Constitution? Or does this need to be the responsibility of local foundations, corporations, or individuals, who if liberated from their tax burden, would have the resources to provide for such opportunities?

Americans must educate themselves in the true purpose of civil government as it was intended and then seek to restore those foundational principles. One of those basic principles is to restore the power to the people. Can we once again be a government “of the people, by the people, for the people?” Do we have the character for such a government? Or have we become so dependent on big government that we cannot take the responsibility which would be required of each of us?

Spiritual Liberty is Causative to Religious and Civil Liberty by Mr. James Rose

The Remarkable Gift of Liberty