Originally shared with permission, this article by James and Barbara Rose can be a wonderful read aloud for your family as you celebrate Independence Day. 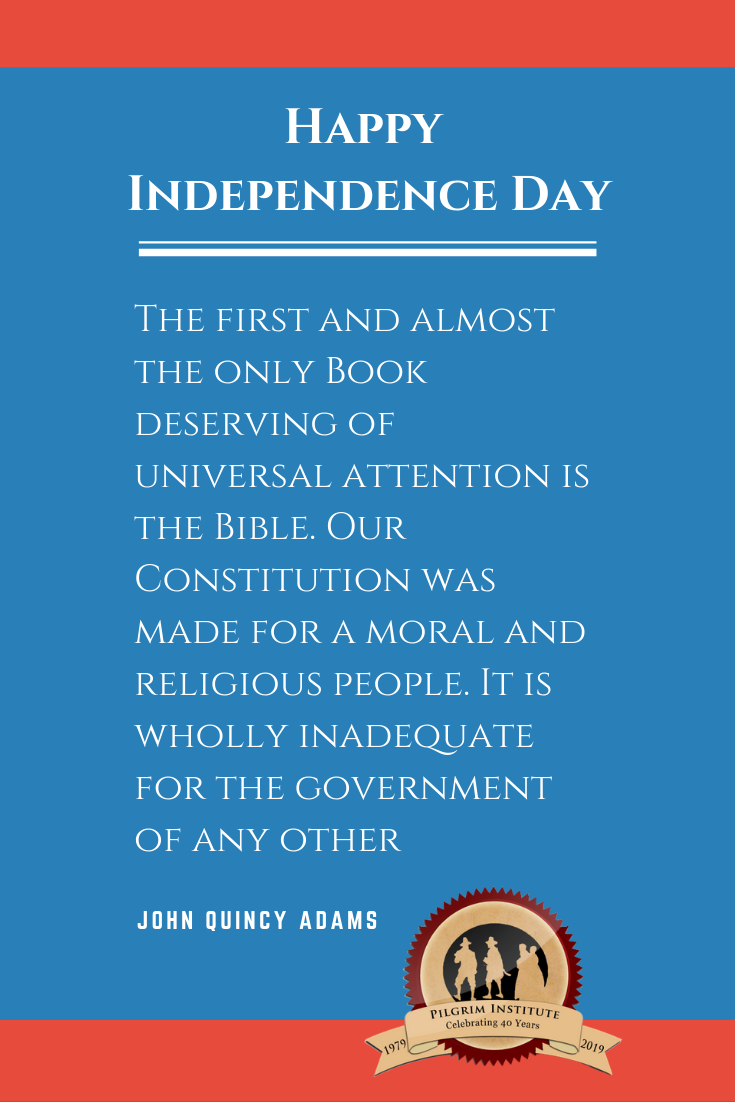 “We hold these truths to be self-evident, that all men are created equal, that they are endowed by their Creator with certain unalienable Rights, that among these are Life, Liberty and the pursuit of Happiness.  That to secure these rights, Governments are instituted among Men, deriving their just powers from the consent of the governed. . .” Declaration of Independence

This year marks 241 years since our Founding Fathers gave us our National Birth Certificate.  The United States is the longest on-going Constitutional Republic in the history of the world.

“A Republic If You Can Keep It!”  Benjamin Franklin

“Can it be, that Providence has not connected the permanent felicity of a Nation with its virtue?  The experiment, at least, is recommended by every sentiment which ennobles human Nature.” –George Washington

“A general dissolution of principles and manners will more surely overthrow the liberties of America than the whole force of the common enemy. While the people are virtuous they cannot be subdued; but when once they lose their virtue they will be ready to surrender their liberties to the first external or internal invader.” Samuel Adams (Letter to James Warren, 12 February 1779)

“The only foundation of a free constitution is pure virtue; and if this cannot be inspired into our people in a greater measure than they have it now, they may change their rulers and the forms of government, but they will not obtain a lasting liberty. They will only exchange tyrants and tyrannies.” John Adams

“The first and almost the only Book deserving of universal attention is the Bible. Our Constitution was made for a moral and religious people. It is wholly inadequate for the government of any other.” John Quincy Adams

“Without morals a republic cannot subsist any length of time; they therefore who are decrying the Christian religion, whose morality is so sublime and pure…are undermining the solid foundation of morals, the best security for the duration of free governments.” Charles Carroll, signer of the Declaration of Independence

FOUR VIEWS OF GOD IN THE DECLARATION OF INDEPENDENCE:

2.       ENDOWED BY THEIR CREATOR WITH CERTAIN UNALIENABLE RIGHTS

FIVE VIEWS OF MAN IN THE DECLARATION OF INDEPENDENCE:

UNALIENABLE RIGHTS –  LIFE, LIBERTY and THE PURSUIT OF HAPPINESS

3.      WHENEVER ANY FORM OF GOVERNMENT BECOMES DESTRUCTIVE OF THESE ENDS, IT IS  THE RIGHT OF THE PEOPLE TO ALTER OR ABOLISH IT, AND TO INSTITUTE NEW    GVERNMENT…

4.      MANKIND ARE MORE DISPOSED TO SUFFER, WHILE EVILS ARE SUFFERABLE, THAN TO  RIGHT THEMSELVES…

5.      IT IS THEIR (PEOPLE’S) RIGHT, THEIR DUTY, TO THROW OFF SUCH GOVERNMENT and to PROVIDE NEW GUARDS FOR THEIR FUTURE SAFETY.

Contemplating the Constitution – Part I