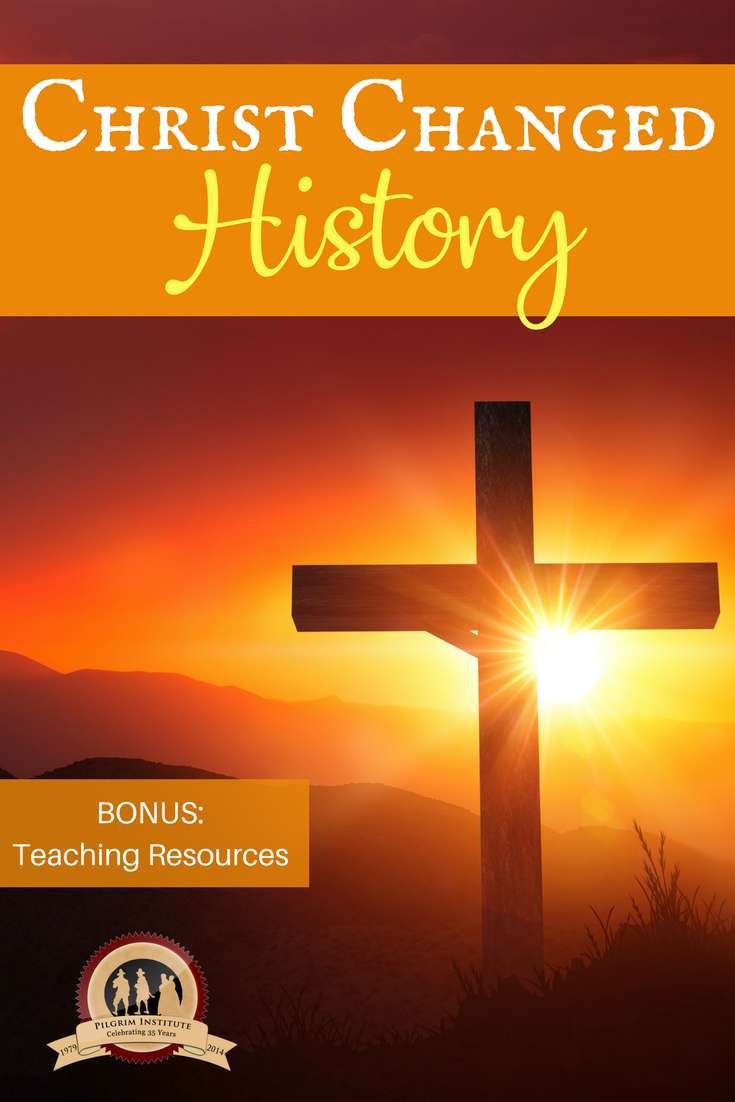 As we consider Christ’s death, burial and resurrection, we recognize that Christ and Christianity are the foundation of our lives. Jesus Christ is our hope, our Savior, the author of liberty, and much more. The Apostle Paul summed it up in I Corinthians 15:3-4: For I delivered unto you first of all that which I also received how that Christ died for our sins according to the Scriptures; And that he was buried, and that he rose again according to the scriptures.”

The influence of Christ in our world truly cannot be measured. From a historical perspective, He is the focus of all of history. The Mighty Works of God series for children presents it this way.

“Christ’s coming to earth is the most important event of all history. All events, before and after Christ, point to his coming.

“When God created man, He created him without sin. However, man chose to disobey God and man became a sinner.

“Hundreds of years before Christ’s birth, the prophet Isaiah wrote about Christ’s death and man’s need of a Savior. ‘But he was wounded for our transgressions; he was bruised for our iniquities: the chastisement of our peace was upon him; and with his stripes we are healed. All we like sheep have gone astray; we have turned everyone to his own way; and the LORD hath laid on him the iniquity of us all.’ Isaiah 53:5-6.

“Each man, woman, boy, or girl who believes in Jesus can have his sins forgiven. This salvation gives eternal life. ‘He that believeth on the Son hath everlasting life: and he that believeth not the Son shall not see life; but the wrath of God abideth on him.’ John 3: 36.

Truly the coming of Christ changed history. If we consider the work of Christ, changing the hearts of men, we will recognize the significance of self government and liberty. It is the foundation on which individuals, families, and nations can discover the manifold blessings of Christ and Christianity.

Cultivating Leaders “For Such a Time as This”

New from the Pilgrim Institute Blog