We Have a Choice by Ruth J. Smith

We Have a Choice
Ruth J Smith

America is faced with a great challenge today, a challenge that will not be easily answered or dealt with. The tentacles of socialism have penetrated our national government in the huge bureaucracy of non-elected officials and departments. These public offices have the authority to make regulations to which we, as American citizens, are as accountable as the laws written by Congress.

First of all, I wanted to see what statistics I could find. I found a report put out by the US Office of Personnel Management for the fiscal year of 2015, which shows the number of employees in the Executive Branch of the Federal Government to be over 2,000,000 employees.

Secondly, I looked for a statistic to see what I could find for the number of employees during President Herbert Hoover’s administration. President Hoover believed in small government, individual responsibility, and private donations for national disasters, such as the great Mississippi Flood. He believed the government should coordinate the efforts, but the money should be raised through private donations (voluntarism). At this point, I have not yet found that statistic.

“We are told by the opposition that we must have a change, that we must have a new deal. It is not the change that comes from normal development of national life to which I object, but the proposal to alter the whole foundations of our national life which have been built through generations of testing and struggle, and of the principles upon which we have built the nation. The expressions our opponents use must refer to important changes in our economic and social system and our system of government, otherwise, they are nothing but vacuous words.

“And I realize that in this time of distress many of our people are asking whether our social and economic system is incapable of that great primary function of providing security and comfort of life to all of the firesides of our 25,000,000 homes in America, whether our social system provides for the fundamental development and progress of our people, whether our form of government is capable of originating and sustaining that security and progress.

“This question is the basis upon which our opponents are appealing to the people in their fears and distress. They are proposing changes and so-called new deals which would destroy the very foundations of our American system. . . .” October 31, 1932

History reveals that the American people chose the path of socialism

History reveals that the American people chose the path of the New Deal, the path of socialism. It is that path which has led us to a bureaucracy of 2,000,000 unelected individuals in the Executive Branch.

Interestingly, when Truman became President, he asked Herbert Hoover to head a Commission to provide recommendations on reducing the size of the bureaucracy which had developed under FDR’s presidency. President Eisenhower also asked for his assistance in reorganizing the Executive Branch of government.

The problem is that once a people become used to the benefits of socialism’s programs, there is a change of character which occurs – instead of independency and self-reliance, the people become dependent upon the civil government as a provider. This is not the original intention of the founding fathers for our national government. Its purpose was to be a protector, not a provider.

The challenge facing our nation today is how can this mushrooming bureaucracy be reduced? What will it take to change a people, who now for generations have depended upon civil government as the provider for so many areas of life and living? Do we have the independence, character or the will to face the truth and to make the changes that are necessary? Are we willing to pay the price which might be required of us?

Our forefathers paid a great price for liberty. Are we willing to pay a price to restore and preserve that liberty for our children and grandchildren? Or are we willing to sacrifice it on the altar of ease and socialism? 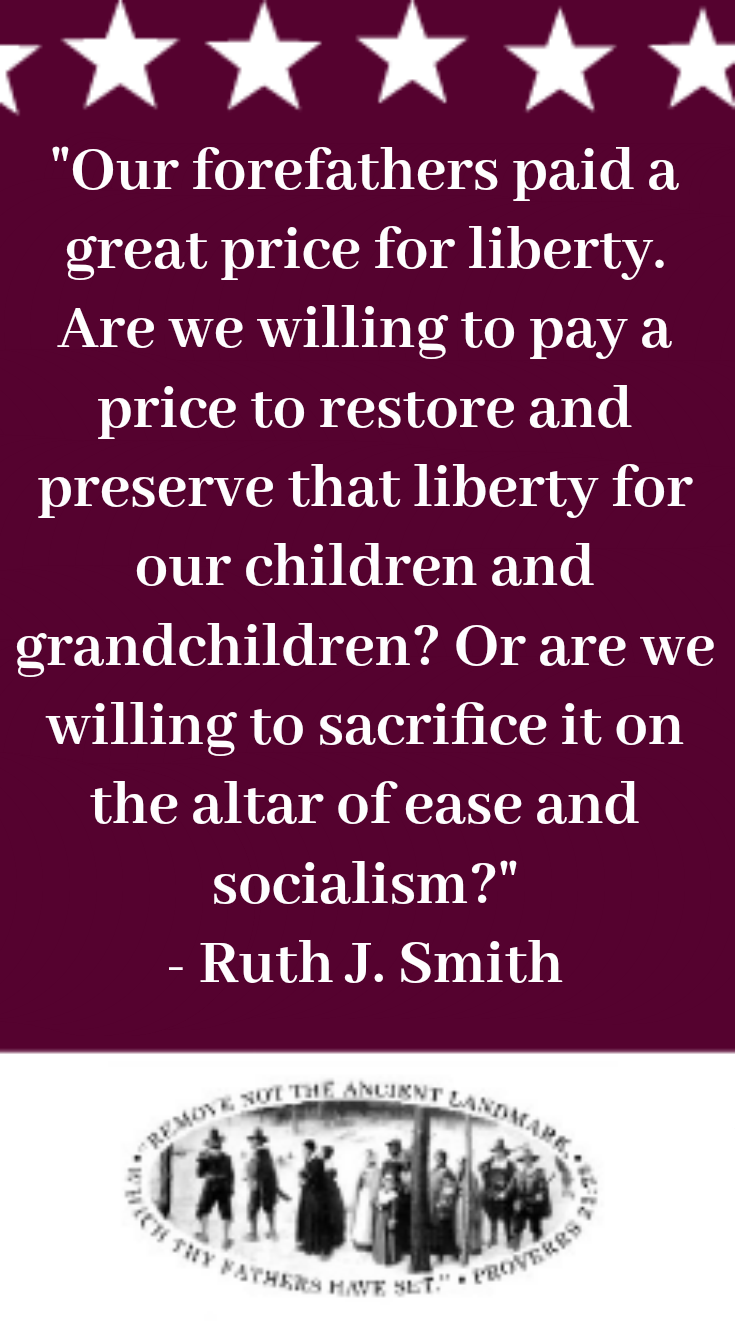 Leadership Demanded by a Republic by James Rose