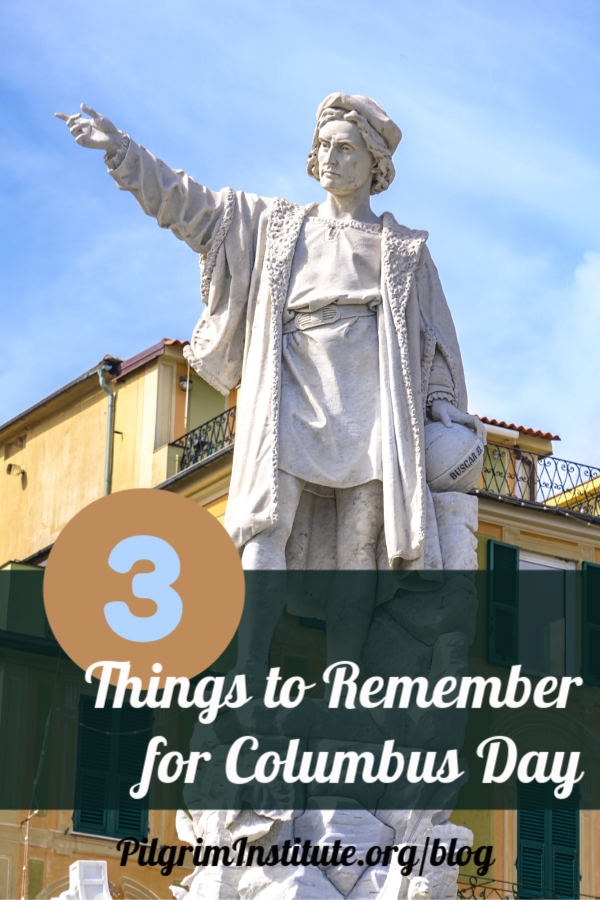 How will you remember and celebrate Columbus Day?

In recognizing the character and contribution of Christopher Columbus, it is helpful to see the man, not from the viewpoint of a modern historian, but in his own words. Read these passages from Columbus’s Book of Prophecies and see what stands out to you.

“At a very early age I went to sea and have continued navigating until today. The art of sailing is favorable for anyone who wants to pursue knowledge of this world’s secrets. I have already been at this business for forty years. I have sailed all the waters which, up to now, have been navigated. I have had dealings and conversation with learned people – clergymen and laymen, Latins and Greeks, Jews and Moors and with many others of other sects. I found Our Lord very well-disposed toward this my desire, and he gave me the spirit of intelligence for it. He prospered me in seamanship and supplied me with the necessary tools of astrology [astronomy], as well as geometry and arithmetic and ingenuity of intellect and of manual skill to draw spherical maps which show cities, rivers and mountains, island and ports – everything in its proper place.

“At this time I have seen and put in study to look into all the Scriptures, cosmography, histories, chronicles and philosophy and other arts, which our Lord opened to my understanding (I could sense his had upon me), so that it became clear to me that it was feasible to navigate from her to the Indies; and he unlocked within me the determination to execute the idea…

“Our Lord wished to perform the clearest miracle in this [matter] of the voyage to the Indies … I spent seven years in your royal Court arguing the case with so many persons of such authority and learned in all the arts, and in the end they concluded that it was idle nonsense, and with this they gave up [the project]…”

In pursuing our God-given calling, do we have the fortitude to remain steadfast over a long period of time? What if the surrounding culture disagreed with our convictions? How would we find the strength to believe, to engage the culture around us, and to work diligently for our cause?

No doubt Christopher Columbus, the man, exhibited both strengths and weaknesses, just as we all do. He acknowledged a sense of his own shortcomings in this way.

“I am the worst of sinners. The pity and mercy of our Lord have completely covered me whenever I have called [on him] for them. I have found the sweetest consolation in casting away all my anxiety, so as to contemplate his marvelous presence.”

Columbus also acknowledged his dependence upon God and gratitude for God’s hand at work in his life.

“Your Highnesses, remember the Gospel texts and the many promises which our Savior made to us, and how all this has been put to a test: … The mountains will obey anyone who has faith the size of a kernel of Indian corn. All that is requested by anyone who has faith will be granted. Knock and it will be opened to you. No one should be afraid to take on any enterprise in the name of our Savior, if it is right and if the purpose is purely for his holy service… the working out of all thins was entrusted by our lord to each person, [but it happens] in conformity with his sovereign will, even though he gives advice to many.

“He lacks nothing that it may be in the power of men to give him. O, how good is the Lord who wishes people to perform that for which he holds himself responsible? Day and night, and at every moment, everyone should give him their most devoted thanks…”

As we recall Christopher Columbus, we are reminded that we choose both how we view the past and how we allow the past to be an influence for the future.

“…Wherefore to Columbus, its discoverer, must deservedly be paid

Thanks, but greater be rendered to God most high,

Who is preparing new realms to be conquered by thee and by himself.

It is best for thee to be at the same time brave and pious.”

We would be wise to respectfully remember those from the past who sought to follow the leading of God. We would do well to set our hope in God, not forget the works of God, keep His commandments, and trust His direction for the future. 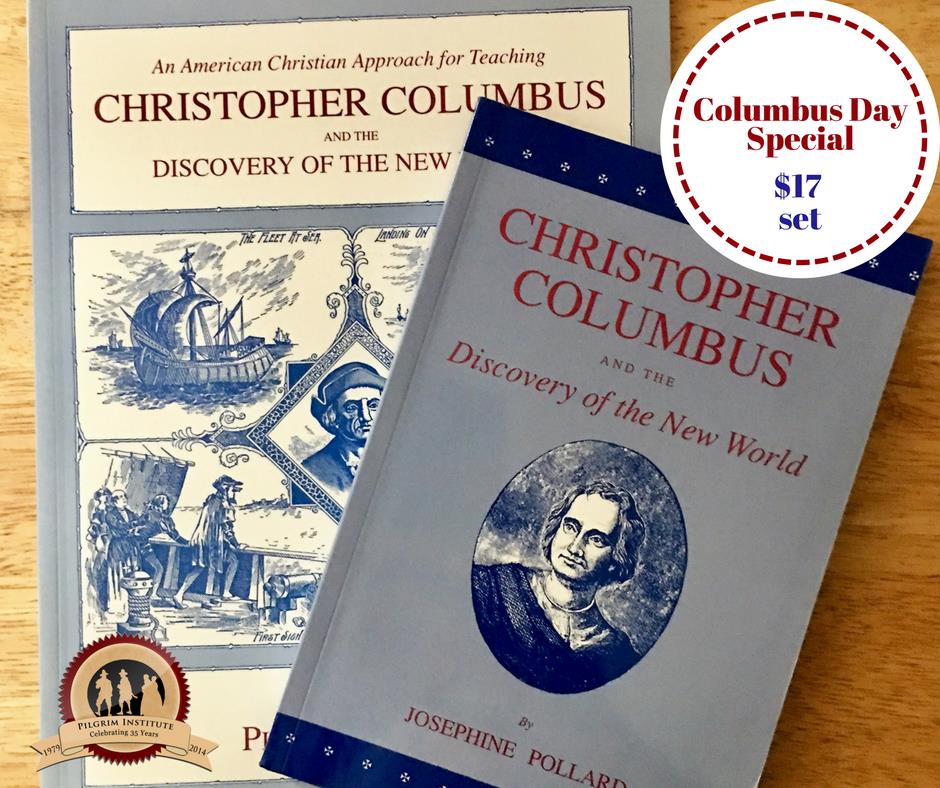 Get your Bundle Here: BUNDLE.

Young readers are introduced to a man with a dream and the courage to make it happen. The story weaves together the many interesting individuals and events encountered by Columbus. Years of waiting, near mutiny, shipwreck, and other challenges culminated in a discovery which would open a whole new world.

An American Christian Approach for Teaching
Christopher Columbus in the Primary Grades
By Jeanette S. Whittaker and Ruth J. Smith

Using the d’Aulaire biography, Columbus, as the textbook for year I, the Guide introduces the significance of Christopher Columbus, the Providential timing of exploration, the joys of discovery, and many applications for daily living. During year II, the students read Meet Christopher Columbus. The Guide highlights how God used an unusual event to put Columbus in exactly the right place; Columbus’s remarkable voyage when he was laughed at, ignored and all alone; and the undaunted dedication of a lifetime which enabled Columbus to overcome many obstacles.

We Have a Choice by Ruth J. Smith